A collection of fine nerderies I can't stop thinking about.

On Writing Alfred Workflows in Python

Automate all the things

A story about friction and wasted time

There are a lot of big and small tasks we perform on our computers every single day. Even when they are simple, they sometimes carry a tiny amount of friction and always require time to complete. If you just do them once, there is no big deal. But, often, we do them over and over again, day in and day out, so their cumulative cost adds up into a not trivial amount.

🤨 Hey, I’m pretty skeptical, please give me something more tangible

I use an app called TextExpander every day to automatically expand abbreviation into snippets of text I often use throughout the day.

For example, when I type:

According to TextExpander, in the last 50 days, I saved 47 minutes just expanding abbreviations into the text instead of typing it on my keyboard. 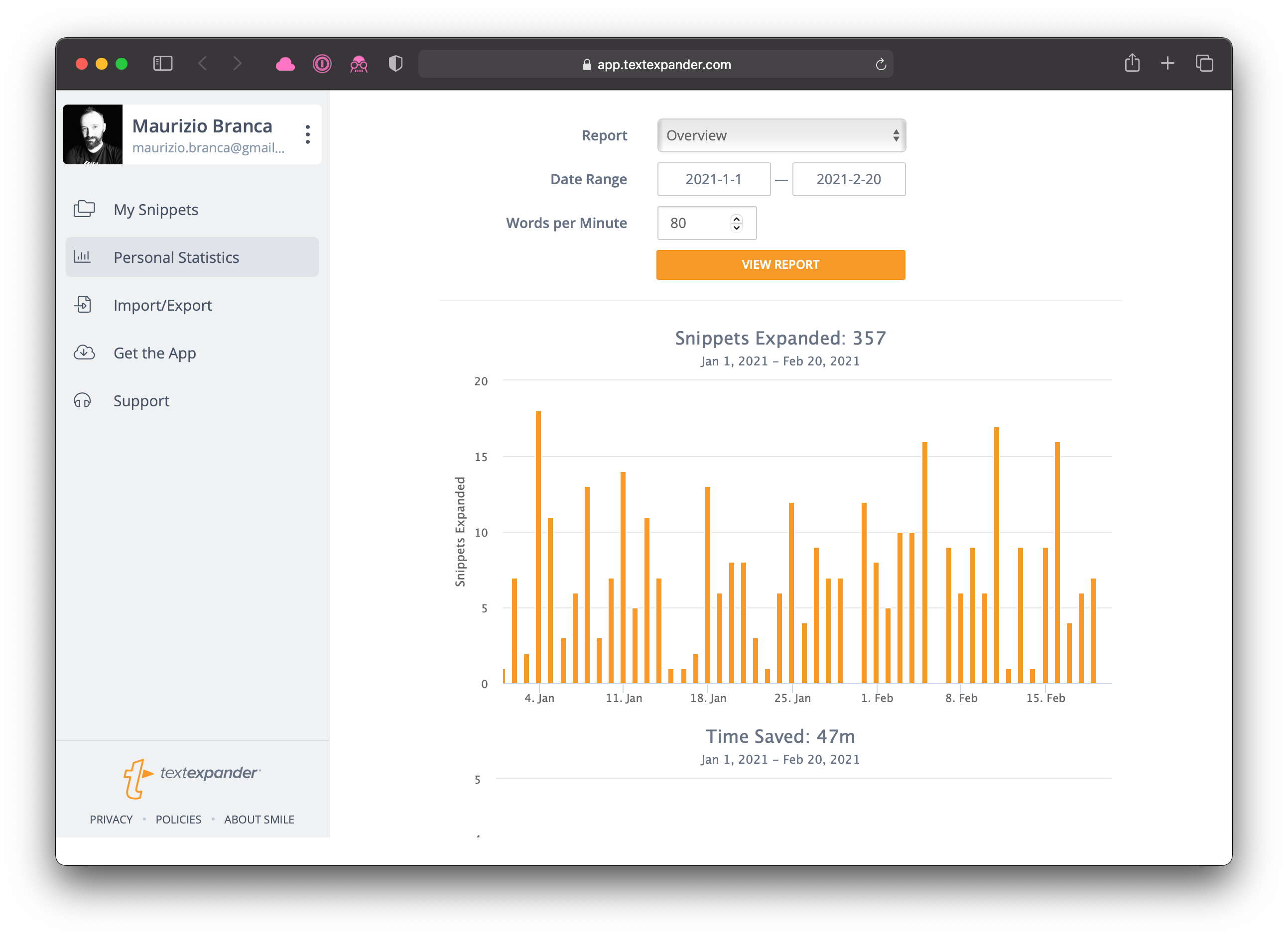 It might or might not feel like a big deal, but actually, I saved time AND removed friction from my workflow. And every time a expand a multiple words text or a template, I feel really good.

But TextExpander is not for developers!

I started with TextExpander because it is kind enough to give us the numbers, but today I want to write about another tool that can save you time and remove friction: Alfred, for macOS.

One application to launch them all

Alfred is a desktop application launcher for macOS.

It’s not the only one: there are a good number of launchers for macOS: LaunchBar, the venerable Quicksilver and the built-in Spotlight from Apple.

Alfred is my favorite.

You can use Alfred to launch applications, perform simple calculations, lookup locations using map services, search products on Amazon, or anything else on Google.

The already mentioned features can be a convenient and useful tool, but the most powerful and impressive stuff comes out of the Powerpack if you have some development skills.

Here’s what you get if you purchase the Alfred Powerpack.

Clipboard history is a killer feature to me, but Workflows are a real game-changer.

Workflows are an extension mechanism that allows third-party developers to write their own additional feature that can be plugged in Alfred, triggered, and executed from Alfred typing a short keyword. 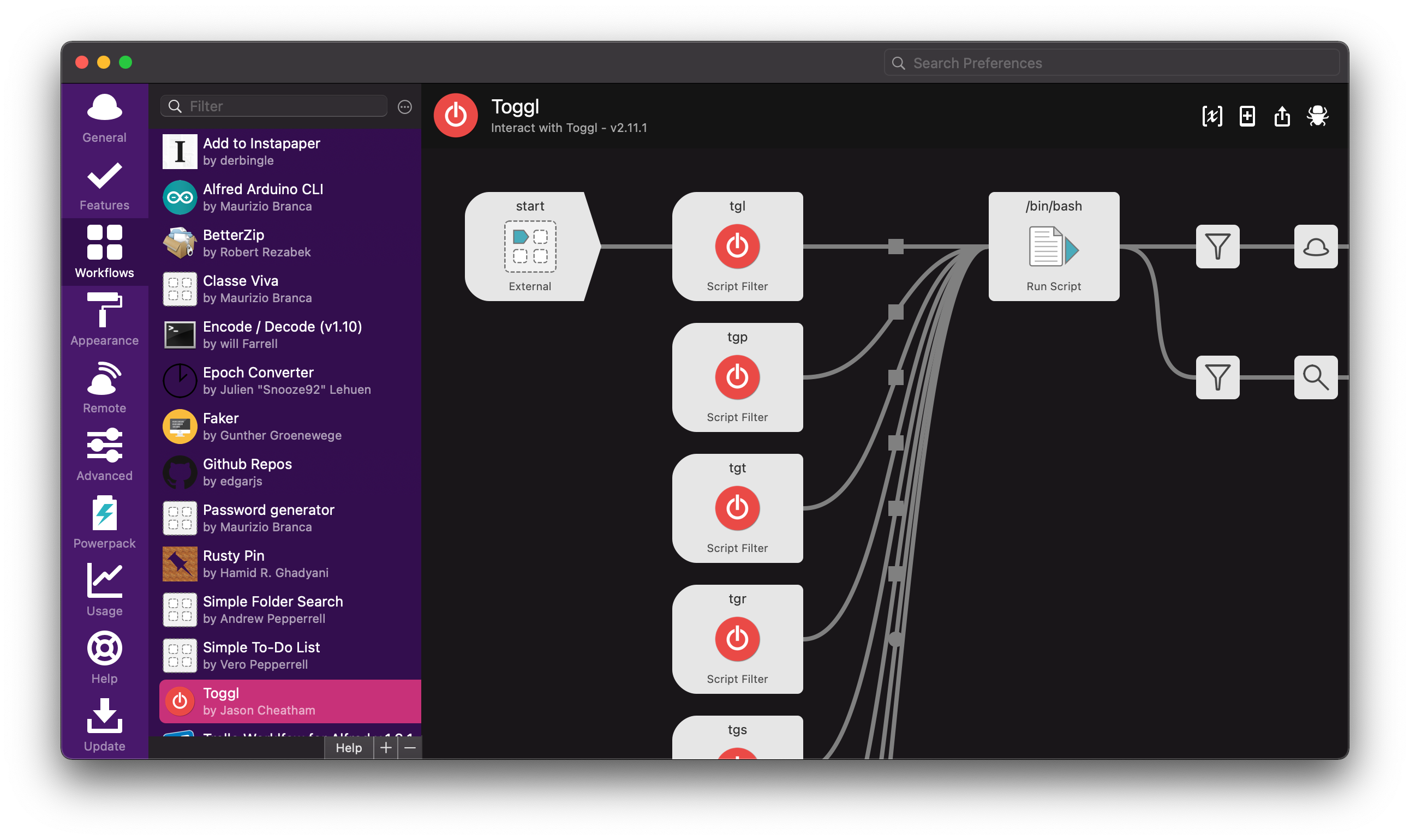 Workflows can be written in virtually any language that can write XML, the default markup used to communicate between Alfred and the workflow (more on this later).

Today I want to share how to write useful custom workflows using Python.

There is probably one framework to build Alfred workflows for every popular language out there, but the Python-based Alfred-Workflow from deanishe absolutely stands out for its features and good documentation.

Over the last few months, I created multiple workflows to scratch an itch and solve practical problems, and it’s been delightful.

ClasseViva is the electronic class register used by a lot of schools here in Italy.

I build this small workflow using my own library https://github.com/zmoog/classeviva-client to access my older kid’s grades with very few keystrokes (four keys: <alt> <space> <cv> <v> to summon Alfred and type cv the keyword for this shortcut).

I always have a terminal open on my Mac running zsh, and I use reverse search a lot, but a well-prepared launcher app can be even quicker.

Launchers are great when you have a limited set of recurring actions you repeat every day (or maybe even every hour or few minutes) you can optimize for.

An Alfred workflow is perfect for this kind of stuff.

You can browse the final project by visiting https://github.com/zmoog/alfred-arduino-cli/.

Are you on Linux?

If you’re not on Mac, give https://github.com/umbynos/arduino_cli a try; it’s a Python plugin built by my dear teammate and friend @umbynos for the Albert launcher.

It’s still in progress but very promising, and @umbynos is accepting contributions!

Let’s get a general idea about how workflows work in Alfred, using this as an example.

When you type the keyword on Alfred, then it:

Check arduino-cli.py out to see how the Arduino CLI workflow has been implemented.

How to Create a new Workflow

If you want to start creating your own workflows in Python using Alfred-Workflows, your best option is to start with the great Tutorial Part 1: Creating a Basic Pinboard Workflow.

This short and focused tutorial explains how to build a simple Pinboard workflow from scratch.

I used a script filter to trigger the workflow by typing cli on Alfred. 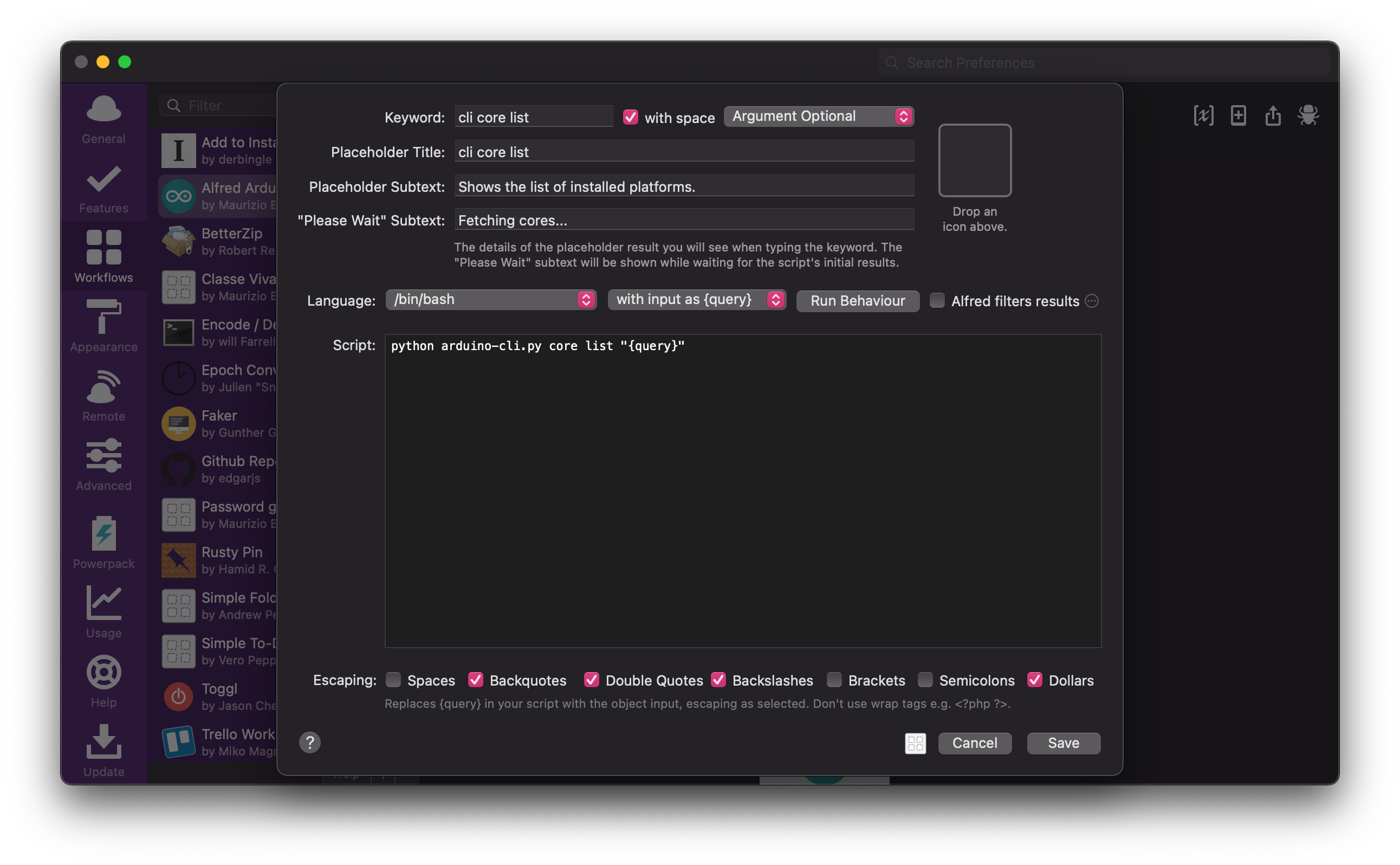 When I select one of the actions available, Alfred will run the Python script python arduino-cli.py core list {query} behind the scene, replacing {query} with the text I typed and then waiting for the script to execute and return the response XML.

The script is a regular Python script you can also run on the terminal for testing and troubleshooting.

The Alfred-Workflow library does the heavy-duty of offering a nice API to indirectly produce the XML Alfred requires to work with workflows, plus many useful goodies.

And more, check out the full list of features.

The real work is performed by the Arduino CLI.

The workflow uses Invoke to run the CLI binary, collect and parse the JSON returned in the standard output.

To keep the workflow as simple as possible, I used the --format json option available for most CLI commands. The result is returned as a nice JSON that can be easily parsed using the built-in json module.

4. Build a response for Alfred

Finally, the workflow uses the CLI data to build the Alfred items that drive its UI.

And finally, when the Python script is done, this is what Alfred get back:

If you spend hours a day sitting in front of a computer for work, it’s hard to imagine you don’t have a small activity you have to repeat over and over that could benefit some automation.

Is it worth the time?

The next time you feel that impalpable sense of discomfort for having to repeat a tedious task one more time, well, think about if you can automate it using your language of choice. Build it and then make it super convenient to run from the slick Alfred UI, turning it into an Alfred Workflow.

Start small with something you need to “fix”, like opening the same site 1-3 times a day to check some information you need or generate UUIDs on the fly, or a password, all with less than a handful of keystrokes.

And have fun along the way.

This post has been written listening to Black Market by Weather Report.